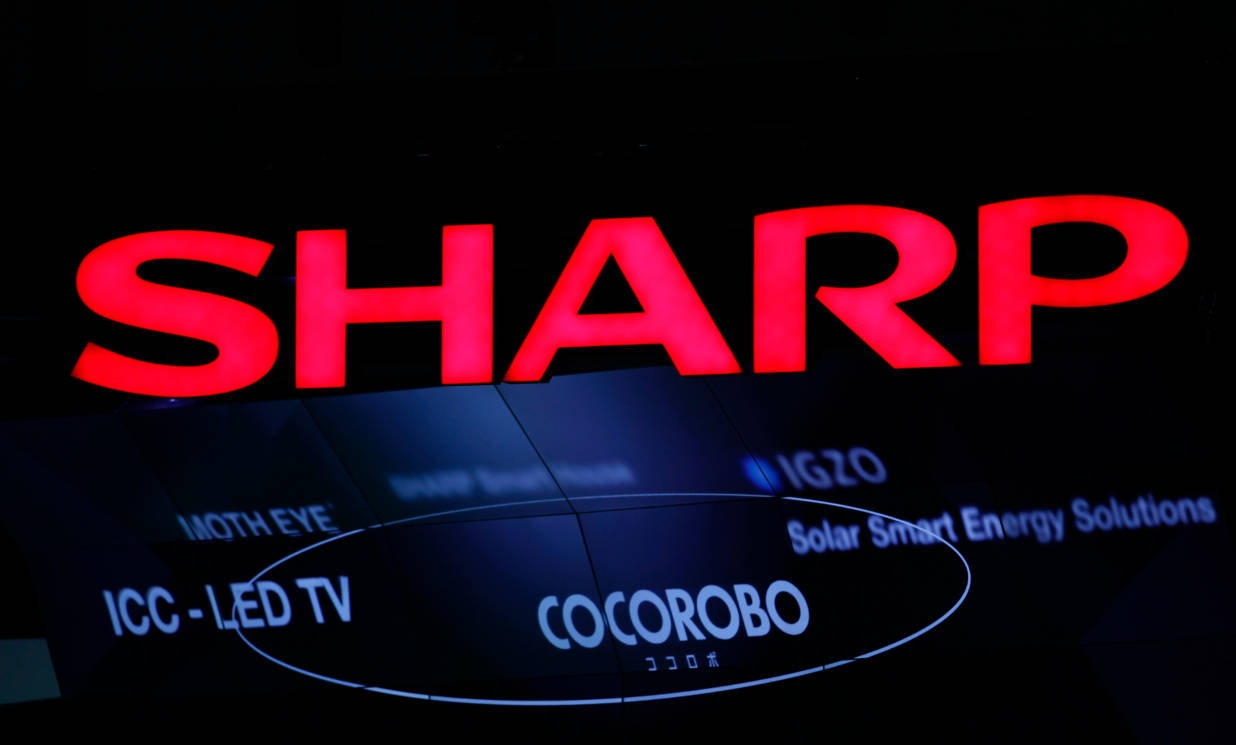 Sharp Corp. is leaning toward accepting a rescue by government-backed Innovation Network Corp. of Japan over a potentially larger offer from Taiwan’s Foxconn Technology Group, according to two people familiar with the talks.

A deal with INCJ would allow Sharp to keep its technology within Japan and to cooperate more closely with domestic companies, said the people, who asked not to be named because the matter is private. The fund hasn’t yet made an official offer and there is no guarantee a definitive agreement will be reached, the people familiar said.

INCJ may invest about 300 billion yen ($2.6 billion), splitting the funds between Sharp’s LCD panel business and remaining operations, one of the people said. Foxconn has offered about 600 billion yen to buy the company and expects a decision this month, a separate person familiar with the talks said.

INCJ’s investment would be the most recent example of Japan’s government providing support to struggling domestic companies to keep technology out of the hands of foreign rivals. Four years ago, INCJ created Japan Display Inc. from struggling screen units of Toshiba Corp., Sony Corp. and Hitachi Ltd. with a 200 billion yen infusion.

“There is only one option - when was the last time a Japanese company in good shape or bad was allowed to sell its technology to another Asian company?” said Atul Goyal, an analyst at Jefferies Group LLC.

Sharp’s stock climbed as much as 25 percent in Tokyo after news of Foxconn’s offer on Thursday. Shares closed 5.8 percent higher at 128 yen. Sharp lost 62 percent of its value since 2013. Goyal, together with 13 out of 15 analysts tracked by Bloomberg, recommends selling the shares.

“We’re talking with several companies about the structural improvement of liquid-crystal-display business. We don’t comment on the details of individual talks,” said Yoshifumi Seki, a spokesman for Sharp.

With assistance from Tim Culpan and Shingo Kawamoto. This article was written by Pavel Alpeyev, Shigeru Sato and Takashi Amano from Bloomberg and was legally licensed through the NewsCred publisher network.

Disney appeal to California: 'It's time' to let Disneyland reopen

Elon Musk announces a $25,000 Tesla is in the works and details all the new battery technology the company is developing