The next Warren Buffett may be a machine 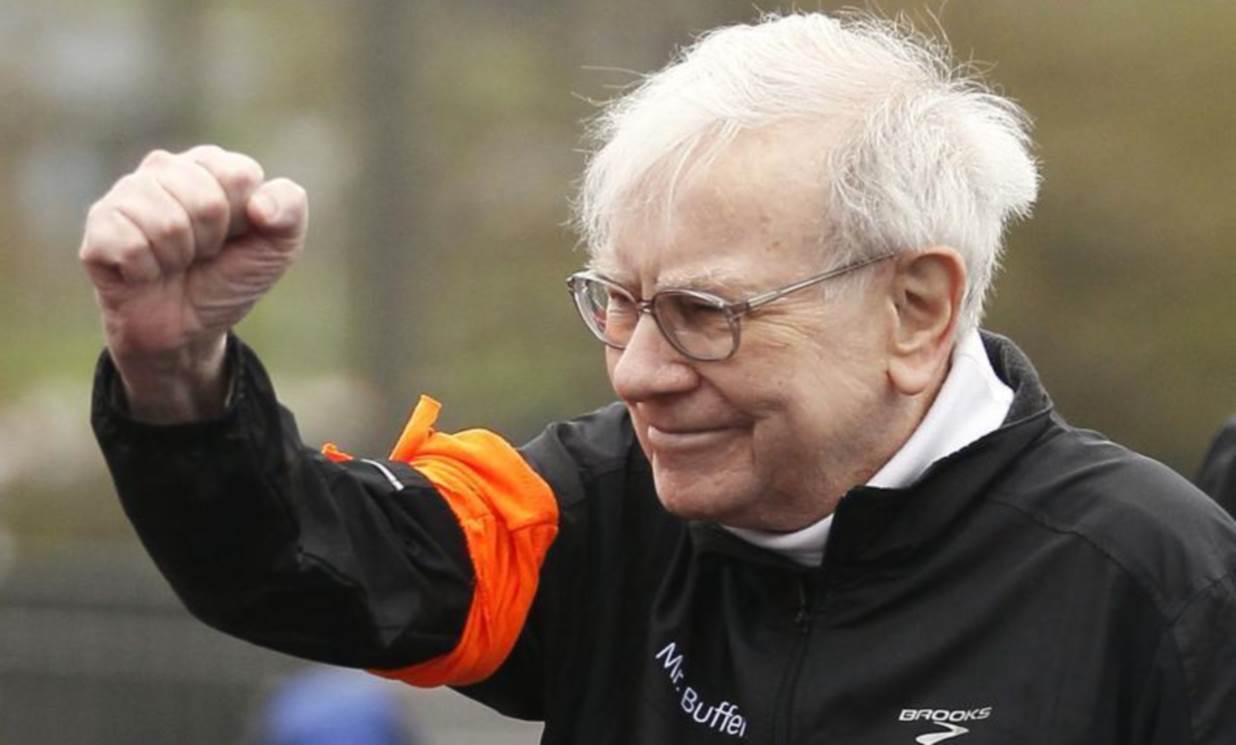 Hargreaves Lansdown is not responsible for this article's content or accuracy and may not share the author's views. News and research are not personal recommendations to deal. All investments can fall in value so you could get back less than you invest. Article originally published by The Financial Times.

Nearly three decades ago, Warren Buffett penned an annual letter to his adoring investors mocking an insidious new trend beginning to make its mark in the money management industry: the computer.

"In my opinion, investment success will not be produced by arcane formulas, computer programs or signals flashed by the price behaviour of stocks and markets," he scoffed in his 1987 annual letter. But the chairman of Berkshire Hathaway, famous for his long-term strategic thinking, may have short-changed one of the great forces reshaping investment.

Gargantuan strides in computing power have revolutionised virtually every facet of modern life, and financial markets are no exception. The most successful hedge funds on the planet are now scooping up computer scientists, not economists and investment bankers with MBAs. Even staid mutual funds stuffed with the savings of baby-boomers and petrostates now eagerly harness the "quantitative" techniques enabled by modern computing and complex mathematical models.

The next frontier of this technological arms race in finance is artificial intelligence. Advances in AI research have triggered immense interest in the industry, where some believe a thinking, learning and trading computer will make even today's superfast, ultra-complex investment algorithms look archaic - and possibly render human fund managers redundant. Could the next generation's Buffett be a super-algo?

The quantitative investment world plays down the prospect of machines supplanting human fund managers, pointing out that the prospect of full artificial intelligence is still distant, and arguing that human ingenuity still plays a vital role. But the confident swagger of the money management nerds is unmistakable. Already there are quasi-AI trading strategies working their magic in financial markets, and the future belongs to them, they predict.

"The challenge facing the investment world is that the human mind has not become any better than it was 100 years ago, and it's very hard for someone using traditional methods to juggle all the information of the global economy in their head," David Siegel, co-head of Two Sigma, one of the leading computer-powered hedge funds, said at a conference last year. "Eventually the time will come that no human investment manager will be able to beat the computer." Or, as Agent Smith put it more succinctly in The Matrix: "Never send a human to do a machine's job."

Yin Luo first learned to code when he was 11, after his father brought back to China a used Apple II computer from a business trip to West Germany in 1985. But there were no games to buy in Yichun, his home town in Heilongjiang province, so he taught himself to program and made a primitive version of Tanks, where the player shoots down randomly generated aeroplanes.

It was arduous work. The computer's lack of memory meant it crashed whenever the program coding grew too complex. He had no floppy discs, so he learnt how to store the data on cassette tapes. "I just really wanted something to play with," Mr Luo recalls.

But the experience paid off. Today, he is part of a growing tribe of brainiacs on Wall Street exploring the bleeding edge of computer science. Mr Luo is the chief "quant" (quantitative analyst) at Deutsche Bank, where his team has developed an AI algorithm that autonomously scours the financial system for investment opportunities, scraping unfathomably large data sets to unearth profitable patterns to proffer clients.

A network of 20 Linux servers is required to run the hyper-intelligent "linear adaptive style rotation" model, which is based on a "machine learning" algorithm called AdaBoost.

Machine learning is a branch of AI, itself a diffuse term that is often misused or misunderstood. While many people understand AI to mean sentient computers like the arch-villains SkyNet in the Terminator films or HAL 9000 in 2001: A Space Odyssey, in practice everyday tools such as Google's language translation service, Netflix's film recommendation engine or Apple's Siri virtual assistant deploy rudimentary forms of AI.

Quants have long harnessed increasingly powerful computers to crunch numbers and find statistical signals of lucrative opportunities, but machine learning goes a step further. In essence, a machine-learning algo is a dynamic creature that scans through large data sets - such as stock prices, weather patterns, earnings call transcripts, Facebook posts or Google searches - sniffing out predictive signals in the noise.

Matthew Dixon, assistant professor of finance at the Illinois Institute of Technology, calls machine learning an "optimisation machine that minimises chaos". It can learn the difference between bananas and apples and sort them out, or even teach a computer how to play and quickly master a game like Super Mario from scratch. Machine learning can also be unleashed on "unstructured data", such as jumbled numbers but also images and videos that are usually difficult for a computer to understand.

The technique is not new, but more powerful computers mean that it can now be applied to financial markets. "It's a very promising area," Mr Luo says. "Artificial intelligence can help you find patterns a human would never see. That can give you a huge edge."

But that is not the only advantage of machine learning.

When markets undergo what industry participants call a "regime change" and trusted strategies no longer apply, one of the classic challenges for quants is that their models can often prove useless - or worse. Algorithmic trading strategies that print money one day can blow up the next.

A machine-learning algorithm will autonomously evolve and search for new patterns, adjusting to what works in markets that day, week or year.That means asset managers can use them as a tool to enhance their investment process, perhaps by screening for patterns undetectable by humans, or even to develop strategies and trade by itself.

For Nick Granger, a fund manager at Man AHL, a quant hedge fund, this is the crucial edge. "You see it creating intuitive trading strategies from the bottom up, switching styles according to what works," he says. "We have been successfully using machine learning for the past few years and are interested in investing in it more."

Nonetheless, machine learning has pitfalls. One of the biggest challenges for quants is a phenomenon called "overfitting", when an overly complex or badly coded algorithm finds specious correlations or false signals in the noise of data. For example, a blog called "Spurious Correlations" notes that margarine consumption is closely linked to divorce rates in Maine, and Nick Cage films to swimming pool drownings.

Even if a model works well in testing it can collapse when confronted by real markets. Moreover, new data can itself be affected by the trading algorithm, says Osman Ali, a quant at Goldman Sachs' asset management arm. "If you crunch weather data you're not affecting the weather, but if you trade markets you are affecting them."

Nor can even the most advanced AI trading algos think as creatively as a human, especially in a crisis. Brad Betts, a former Nasa computer scientist now working at BlackRock's "scientific active equity" arm, highlights the 2009 emergency plane landing on the Hudson river by Chesley Sullenberger as an example of when man trumps machine.

Indeed, some quants remain sceptical that machine learning - or AI more broadly - is a holy grail for investment. Many see it merely as a new, advanced gizmo to supplement their existing toolkit, while others argue it is largely a case of clever marketing rather than something genuinely revolutionary.

"People are always desperate to find new ways to make money in financial markets, but they don't always work. Words are cheap and buzzwords are worth nothing," says David Harding, the head of Winton Capital, a quant hedge fund. He points out that the human brain is uniquely adept at pattern recognition, "whether it is a face, a triangle or love. Investment management is perfectly amenable to being addressed by computers designed to spot patterns, but I'm not going to rush to use the latest hot algo to do so."

So will human fund managers go the way of the dodo? Perhaps not quite, but the future looks more challenging.

Two Sigma's David Siegel says managing money has become harder as markets and economies have become more complex. "Fifty years ago a human fund manager could possibly know all that was needed to know to invest well. That isn't likely any more," he argues.

Rather than a danger, he sees this as a clear boon. "One day [the global economy] could become too complicated to control and there is no guarantee it will run smoothly. But algorithms could help us understand it better. People talk about how robots will destroy the world, but I think robots will save it."

The direction of travel is clear. Investing is about information management, rational analysis and speed. That plays to a machine's strengths. But human asset managers will adapt rather than disappear. Most probably, the future of investment management will involve a synthesis of human and artificial intelligence that harnesses the power of both.

For example, while a supercomputer can now beat chess grandmasters, both can lose to a human player with the help of a standard laptop and chess simulation program. Similar combinations are the future of money management, argues Robert Frey, a former managing director at Renaissance Technologies, one of the most successful hedge funds of all time. Mr Frey now runs his own fund-of-funds and teaches quantitative finance at Stony Brook University.

"We should let the human brain do what it is good at, and let computers do what they are good at," he says. "Marrying the two is a powerful thing."

This article was written by Robin Wigglesworth from The Financial Times and was legally licensed through the NewsCred publisher network.

Facebook 'plans to change its name' in major rebrand

Ford to invest £230m in electric vehicle plant on Merseyside