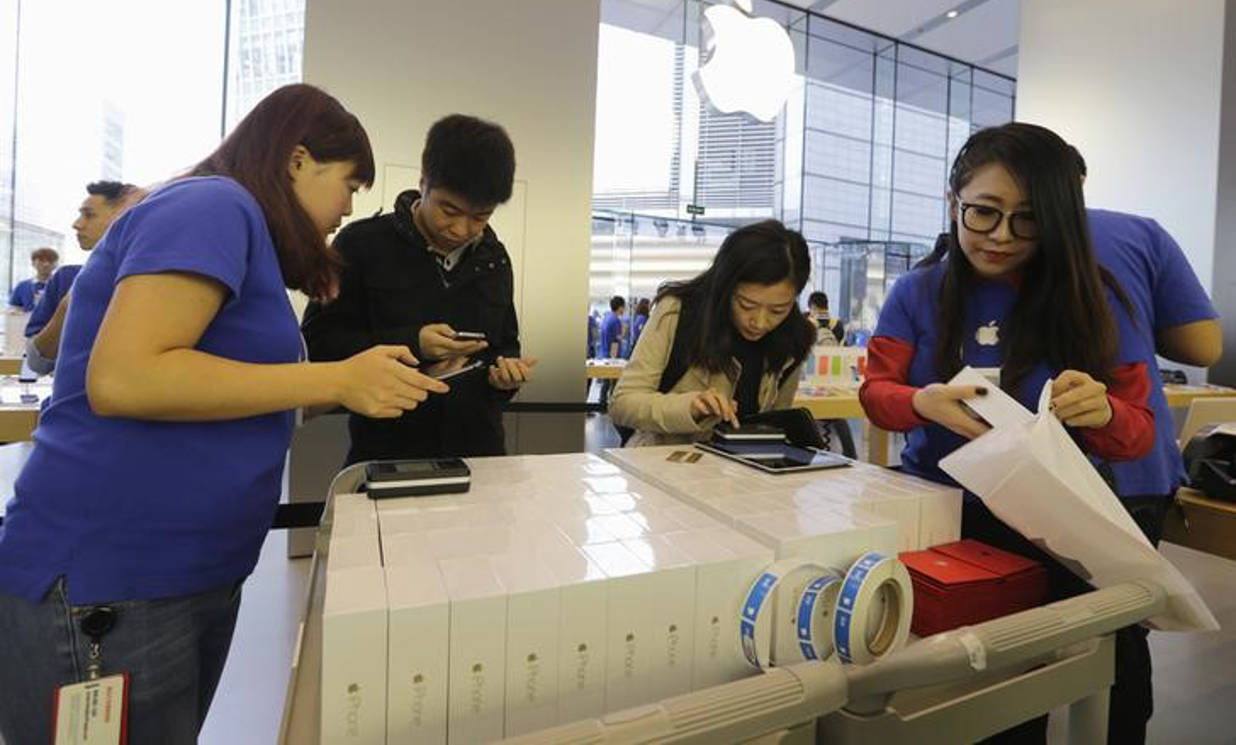 It was not too long ago that Apple’s iPhone was a status symbol among young Chinese middle class consumers. They would stand in a long line before the launch of a new iPhone and spend a month’s salary just to own one.

This has changed. According to a Financial Times article, Chinese consumers no longer buy into the hype they once did in iPhone. These days, Apple looks like “a trend follower” and is struggling to ”keep itself interesting” in China .

Apple has continued losing ground as China’s smartphone market becomes increasingly competitive. iPhone sales dropped 32% in the second quarter, and the Silicon Valley company fell to fifth place behind Huawei and other unknown brands such as Oppo and Vivo, according to research from International Data Corp (IDC). Even Xiaomi, once a red hot Chinese smartphone maker, fell from first place a year ago to fourth.

Crucially for Apple, local competitors are catching up quickly in quality and performance. In some cases, they have exceeded Apple’s technological advances that were once the company’s calling card.

For example, the upcoming iPhone 7 will have a camera with primary and secondary lens, as anticipated by insiders. However, by the time it launches in September, it will look old because Huawei’s P9 and Xiaomi’s Redmi Pro, released in April, already have a dual-lens camera.

Xiaomi’s Redmi Pro has a powerful battery of 4100 mAh (milliamp hour). In comparison, iPhone 7 will come with a battery of 1960 mAh. This alone could cause many users to choose Xiaomi’s phone instead of Apple’s.

Other newcomers can pose challenges to Apple as well. Chinese consumers are maturing and modernizing. Their mindset has shifted from worshiping big brands to focusing on the practicality of consumption. Chinese smartphone makers can offer low-priced, high-quality phones. While some will always associate Apple with status and privilege, for many others, having a Huawei or Oppo phone will no longer cause them to lose face.

Chinese consumers are also demanding more. They move up the ladder quickly and can easily get “tired of last year’s, or even last month’s, model.” As Bryan Ma, analyst at IDC pointed out, “One of Apple’s problems in China is its product refreshes… or lack thereof…. Apple needs to make sure that the next product looks noticeably different from the previous version” in order to continue to allure highly demanding Chinese consumers.

Apple’s product lacks freshness? This should be a disquieting alarm to Apple .

The dynamism of the Chinese consumer market is a perfect test ground for companies to compete and innovate. Is a trend leader becoming a trend follower? Chinese consumers will decide .

This article was written by Helen H. Wang from Forbes and was legally licensed through the NewsCred publisher network.

Elon Musk's Twitter countersuit due by Friday as acrimony grows

Record bookings at Airbnb as travel bounces back