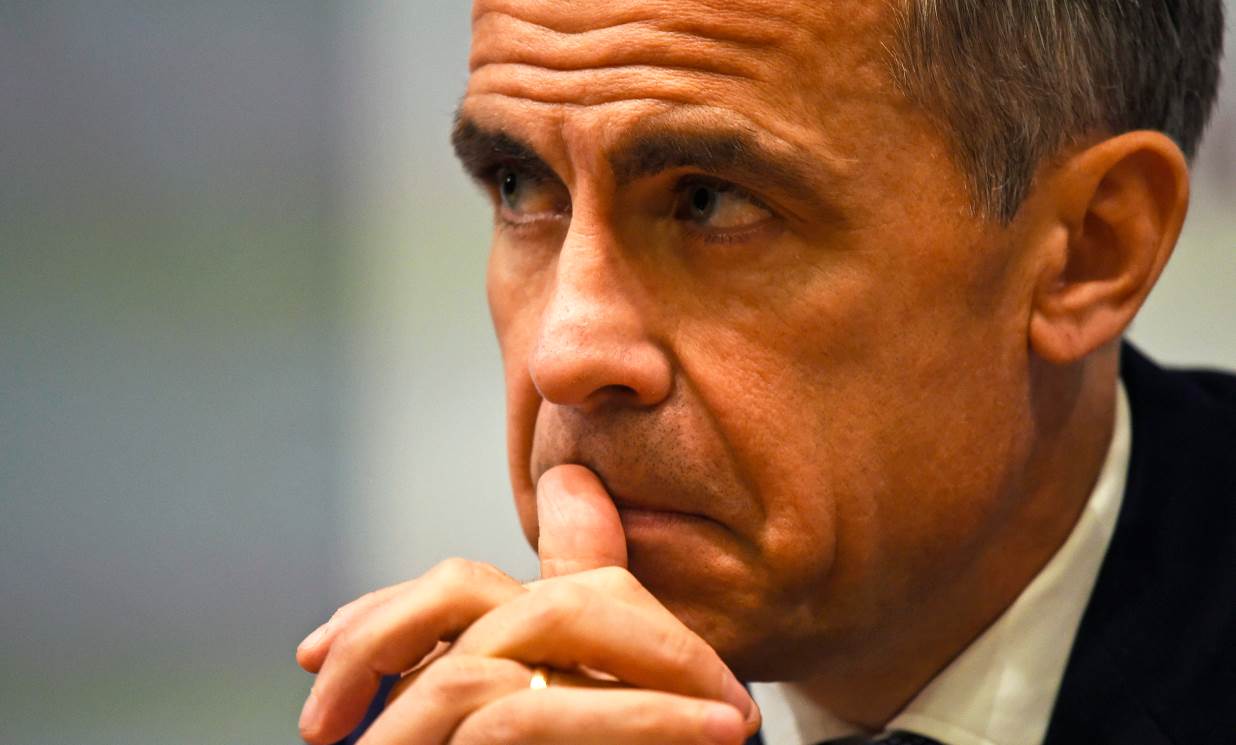 Britain is in the midst of an unprecedented pensions crisis, with figures out this week showing the funding deficit is approaching half a trillion pounds.

The gap between how much companies have promised to pay employees when they retire and how much they will have when that happens is estimated by the Pension Protection Fund (PPF) at £459 billion ($606 billion). Graham McLean, head of pension scheme funding at Willis Towers Watson, said wearily in an emailed statement: "Another month, another record UK pension deficit," giving you an idea of how bad the problem is.

Graham McLean, head of pension scheme funding at Willis Towers Watson, said wearily in an emailed statement: "Another month, another record UK pension deficit," giving you an idea of how bad the problem is.

Pensions are in such a bad shape because of low interest rates. Funds invest money hoping to make a certain level of return that, over time, will cover them to pay out on pensions. But interest rates are at a rock-bottom 0.25%, making returns hard to find, and many bonds, the favoured investment instrument of funds, are offering negative returns - you actually lose money investing in them.

That is bad news for anyone with a defined benefit (DB) pension scheme, which promises retirees a set level of inflation-linked payout. It is the gold standard of pensions and companies do not really offer them anymore because they are such a liability. Even in climates like today's, the business is still bound to give pensioners a certain level of inflation-linked retirement income.

Companies with DB schemes currently face two unpalatable choices: shovel money that could be used for wage growth and investment into the pension schemes to meet the shortfall; or simply watch their deficits grow. The first option could turn companies into so-called "zombies," existing only to meet pension liabilities.

But the problem is, post-Brexit, it does not look like interest rates are rising any soon. In fact, the Bank of England cut interest rates for the first time in 7 years, from 0.5% to 0.25%.

That was an effort to boost investment and stop the economy falling into recession, but in his efforts to stabilise the economy, Bank of England governor Mark Carney has made the pensions problem worse. He is like a doctor who has stitched up a bleeding wound but left a pair of scissors in the body that will cause problems down the line.

Can anything be done to tackle the black hole?

The most popular option among businesses is a switch in the measure of inflation used to calculate payouts. DB pensions currently rise in line with retail price inflation (RPI), but many companies want to switch to consumer price inflation (CPI), a generally lower measure.

This was the plan put forward by Tata Steel, the down and out steelmaker trying to sell itself. Management hoped that it could make itself more attractive to a potential buyer by reducing the pension liability they would have to take on. However, it looks like Tata Steel will lose its bid. The Times reports on Wednesday that actuaries speaking to the government say it is off the table after former Business Minister Sajid Javid, a cheerleader for the plan, got moved along in Theresa May's reshuffle.

Many people strongly oppose a switch from RPI to CPI and analysis by pension consultancy Hymans Robertson (originally done for the Financial Times but seen by BI) shows such a switch would cost the average DB pensioner £20,000.

This is considerably better than the £45,000 haircut pensioners on average take if their company goes bust and the scheme falls into the state-backed "pensions lifeboat," the Pensions Protection Fund. But still, pensioners would ideally not want a haircut on payouts at all.

Even if all the DB schemes in Britain were given free reign to switch from RPI to CPI it would not solve the problem. Such a switch would only shave £175 billion off the deficit, according to Hymans Robertson. That is less than half of the total deficit.

Hymans Robertson has two other proposals to tackle the pensions black hole. The first would allow pension scheme to reduce reevaluations and pension increases to the statutory minimum, even if member's had previously been promised a better deal.

This would "ride roughshod over schemes trust deed and rules, but provide an even bigger release of pressure," says Hymans Roberston's head of corporate consulting Jon Hatchett. He and his team estimate this could shave up to £350 billion off the pension deficit.

Then, finally, there is the nuclear option. Hatchett explains:

This would be to enable schemes in dire straits to stop paying pension increases for a limited time, until scheme funding and business performance recover. This is known as ‘conditional indexation’. Allowing struggling schemes to temporarily stop paying pension increases could help them get back on track while avoiding permanent cuts to members’ pensions. It could be a way to create the breathing space to allow businesses to turn themselves around rather than being pulled down by struggling pension schemes.

This would be the ‘least worst’ option for members. The cutbacks only apply when full benefits are not affordable, and members at least retain the chance of getting their increases back if the scheme’s or sponsor’s position improves. For many that’s likely to be a better outcome than entering the PPF where they’d see an irreversible cut in value of £45,000 over the course of their retirement.

While it might be the "least worst" for members, it is highly controversial and Hatchett says it would have to "come with a hefty risk warning and would need watertight safeguards." This includes a suspension of dividends while the pension freeze is in effect.

The problem is, as Willis Towers Watson's McLean says: "Policymakers do not appear to be singing from the same hymn sheet.

"The Pensions Regulator has said that employers should typically expect to increase contributions so that schemes do not have to stay in deficit for longer, though that was before the big increase in deficits since the referendum," he says in an emailed statement.

"Meanwhile, the Bank of England says that higher corporate pension contributions could stifle wage growth, dividends or investment, but that that this need not be a big worry because many companies can simply extend deficit recovery periods instead of contributing more."

Policy makers are stuck between a rock and a hard place, torn between concerns over growth, in a precarious state post-Brexit, and concerns over the pensions black hole. Both are interlinked but require seemingly opposite actions.

This article was written by Grut from Business Insider and was legally licensed through the NewsCred publisher network.

How Barclays paved the way for Rolls-Royce cash call