Five things you need to know to start your day 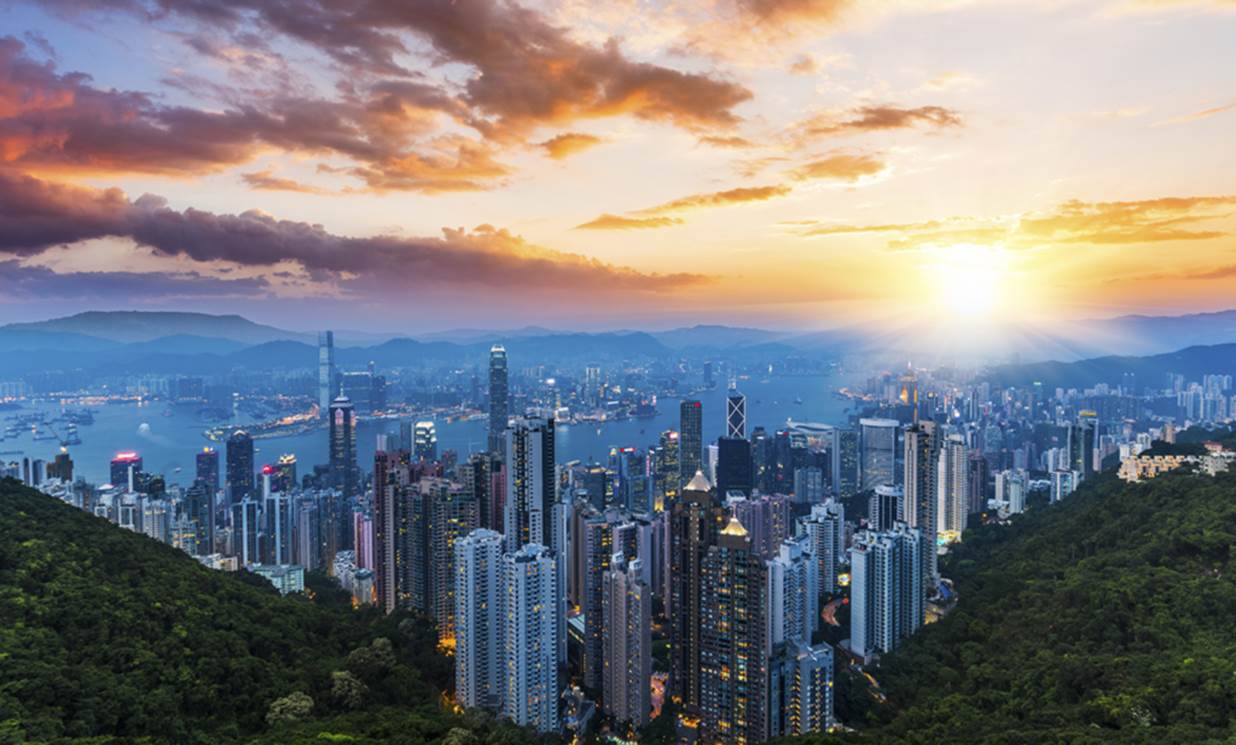 Embattled Hong Kong leader Carrie Lam said the Asian financial center is at risk of sliding into an “abyss” in a news conference in which she continued to sidestep questions about the government’s response to weeks of protest which on Monday closed the airport and send stocks tumbling. The hit to markets continued on Tuesday, in part due to the ongoing issues faced by the airport and as watchers wonder how much the protests are going to impact the economy. For Europe, it’s likely to weigh once more on luxury goods stocks, which count Hong Kong as a key market, and for banks like HSBC Holdings Plc and Standard Chartered Plc.

Italy’s Senate failed to agree Monday on a date for the confidence vote in the country’s ruling populist coalition, meaning that Deputy Prime Minister Matteo Salvini will likely have to wait a week to push ahead with his play for power in the country. He’ll do so against a backdrop of more Italians thinking the economy is doing well than at any time in the past six years, despite gloomy forecasts. There’s a similar waiting game for politicians in the U.K., who don’t think the European Union will shift its position on Brexit for at least a month in order to see how the game plays out in Parliament.

U.S. Treasury yields are plunging at such a quick pace that a record low could be on the cards within the next couple of months, driven by falling rates elsewhere, a stock selloff and fears of recession around the globe. But naysayers are gathering, warning that if the Federal Reserve doesn’t cut rates as much or as often as expected, or if China launches a huge stimulus package to deal with damage from trade tensions, then the ferocious rally in Treasuries may prove a touch premature. Note too that China’s 10-year sovereign yield is also hitting 2016 lows.

Argentina came surging back into the sights of markets as a huge election loss for the president raised fears that a more protectionist government could get back into power. Stocks, bonds and the currency were hammered as investors fret another debt crisis is on the horizon. Its South American neighbor Brazil is also presenting some cause for jitters, as a key gauge of economic activity signaled the economy likely fell into recession in the second quarter, creating more challenges for the country’s central bank. In Europe, watch Spanish firms exposed to the two Latin American economies.

Asian stocks followed the lead of their U.S. counterparts and dropped, as events in Argentina and Hong Kong weakened sentiment that’s already hurting from trade tensions. Oil held onto recent gains ahead of U.S. stockpiles data expected to show declines have resumed. On the economic data front, we’ll get the ZEW economic sentiment indicator in Germany, inflation numbers from Spain and unemployment figures from the U.K.


©2019 Bloomberg L.P.This article was written by Sam Unsted from Bloomberg and was legally licensed through the NewsCred publisher network. Please direct all licensing questions to legal@newscred.com.

Why Sainsbury's chief Mike Coupe is stepping down

Who pays for the EU's €1tn green deal?

Pensioners will have to choose between paying for BBC licence or heating, Age UK warns