Trump adds a dismal dimension to the US-China trade dispute

Economic theory says that tariffs do not improve a country's trade balance in the way their proponents think they do. When an exchange rate is market-determined, it automatically moves to offset the tariff. 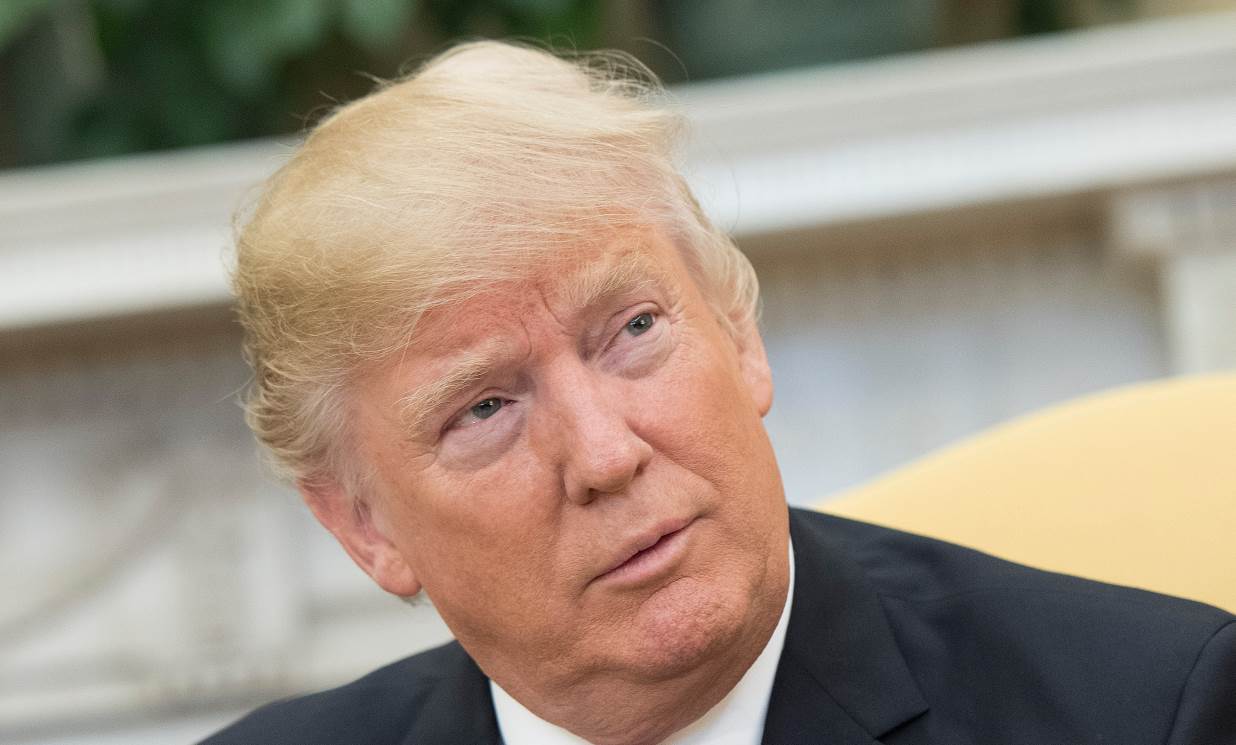 The trade war between the US and China is heating up again, with the US president, Donald Trump, abruptly announcing plans to impose a 10% tariff on the $300bn (£248bn) worth of imports from China that he had so far left untouched. The Chinese authorities then allowed their currency, the yuan, to fall below the symbolic threshold of seven to the dollar. The Trump administration promptly responded by naming China a “currency manipulator” – the first time the US had done that to any country in 25 years. Pundits declared a currency war and investors immediately sent global stock markets lower.

The US assertion that the recent depreciation of the yuan amounts to currency manipulation is not true. It would be more correct to say that the Chinese authorities gave in to market pressure – the immediate source of which was none other than Trump’s announcement of the new tariffs.

Economic theory says that tariffs do not improve a country’s trade balance in the way their proponents think they do. When an exchange rate is market-determined, it automatically moves to offset the tariff. Intuitively, if tariffs discourage American consumers from buying imported Chinese goods, then demand for the yuan weakens and the currency’s price falls.

The task of evaluating whether the US’s trading partners manipulate their currencies lies with the US Treasury Department, which uses three criteria. Two of the three coincide with internationally agreed yardsticks for manipulation under the articles of agreement of the International Monetary Fund: persistent one-sided intervention by the country to push down the value of its currency and a large current-account surplus. Neither of these apply to China today.

Since the US Congress assigned this task to the Treasury in 1988, the department has fulfilled its mandate professionally, regardless of who was in the White House. The sudden decision to label China a currency manipulator, despite it not meeting the criteria, is yet another case of Trump heedlessly running roughshod over established norms, professional expertise, the long-term credibility of US institutions and even the plain meaning of the law.

To be sure, there was a time when China did act to keep the yuan substantially undervalued. From 2004 to mid-2014, and particularly in 2004-08, the Chinese authorities intervened heavily to slow down the currency’s market-driven appreciation. Over this 10-year period, however, the yuan still appreciated by 30% against the dollar, peaking in 2014.

Then the wind changed and market sentiment turned against the yuan. For the past five years, contrary to what Trump and some other US politicians often claim, the Chinese authorities have intervened to slow down the depreciation of the currency. In 2015 and 2016, the People’s Bank of China spent $1tn in foreign-exchange reserves (out of a total of $4tn) in an effort to prop up the exchange rate – by far the largest intervention in history to support the value of a currency.

The Chinese authorities’ recent decision to let the currency break the seven yuan barrier may well have been a deliberate response to Trump’s latest tariff offensive. At the same time, however, China remains concerned that the yuan could slide too far too fast and destabilise financial markets.

Trump, meanwhile, is a master at accusing others of transgressions that he himself has committed or is considering. While accusing China of currency manipulation, he wants to do the same with the dollar. Not content with publicly pressuring the US Federal Reserve to cut interest rates, Trump has explicitly attempted to talk down the currency. Clearly, he sees the world as a game of competitive depreciation.

The Trump administration has even considered the possibility of intervening directly in the foreign-exchange market to weaken the dollar. (“I could do that in two seconds if I wanted,” Trump said on 26 July.)

Yet such a move seems unlikely. The last US effort to depreciate the dollar against other currencies, the 1985 Plaza Accord, worked only because it was part of a coordinated G7 initiative to correct an acknowledged exchange-rate misalignment.

If the US were now to engage in a pure currency war against China, it would find itself outmatched because the US Treasury has only a fraction of the firepower available to the Chinese authorities for foreign-exchange intervention. Furthermore, no matter how crazy US policy gets, investors continue to respond to any uptick in global uncertainty by piling into dollars, the world’s number-one safe-haven currency. Paradoxically, therefore, Trumpian volatility can send the dollar up rather than down.

More generally, major governments have so far abided by a 2013 agreement to refrain from competitive depreciation, in the core sense of explicitly talking down currencies or intervening in foreign-exchange markets. But if currency wars are defined much more broadly to include central banks’ decisions to ease monetary policy with the side effect of depreciating their currencies, then the windmills at which Trump is quixotically tilting may not be wholly imaginary. For example, the Bank of England responded to the Brexit referendum with monetary stimulus that depreciated the pound. More recently, the European Central Bank signalled a further easing of monetary policy in response to slower eurozone growth.

Fears of currency wars (or competitive depreciation) have always gone hand in hand with the desire to avoid trade wars. Both concerns are rooted in the “beggar-thy-neighbour” policies of the Great Depression, when countries tried to gain a competitive advantage vis-a-vis their trading partners in a collectively futile exercise.

In truth, however, currency wars are less damaging than trade wars. Whereas a currency war is likely to result in looser global monetary policy, an all-out trade war could derail the global economy and financial markets.

The real significance of the US decision to label China a currency manipulator, therefore, is that it represents a further escalation of the two countries’ avoidable trade war. And, sadly, Fed interest-rate cuts may give US politicians the impression that monetary policy can repair the damage caused by their own trade-policy mistakes.

• Jeffrey Frankel is a professor at Harvard University’s John F Kennedy School of Government. He served as a member of President Bill Clinton’s Council of Economic Advisers.


© Project Syndicate. This article was written by Jeffrey Frankel from The Guardian and was legally licensed through the NewsCred publisher network. Please direct all licensing questions to legal@newscred.com.