Bitcoin and Gold are monuments to irrationality 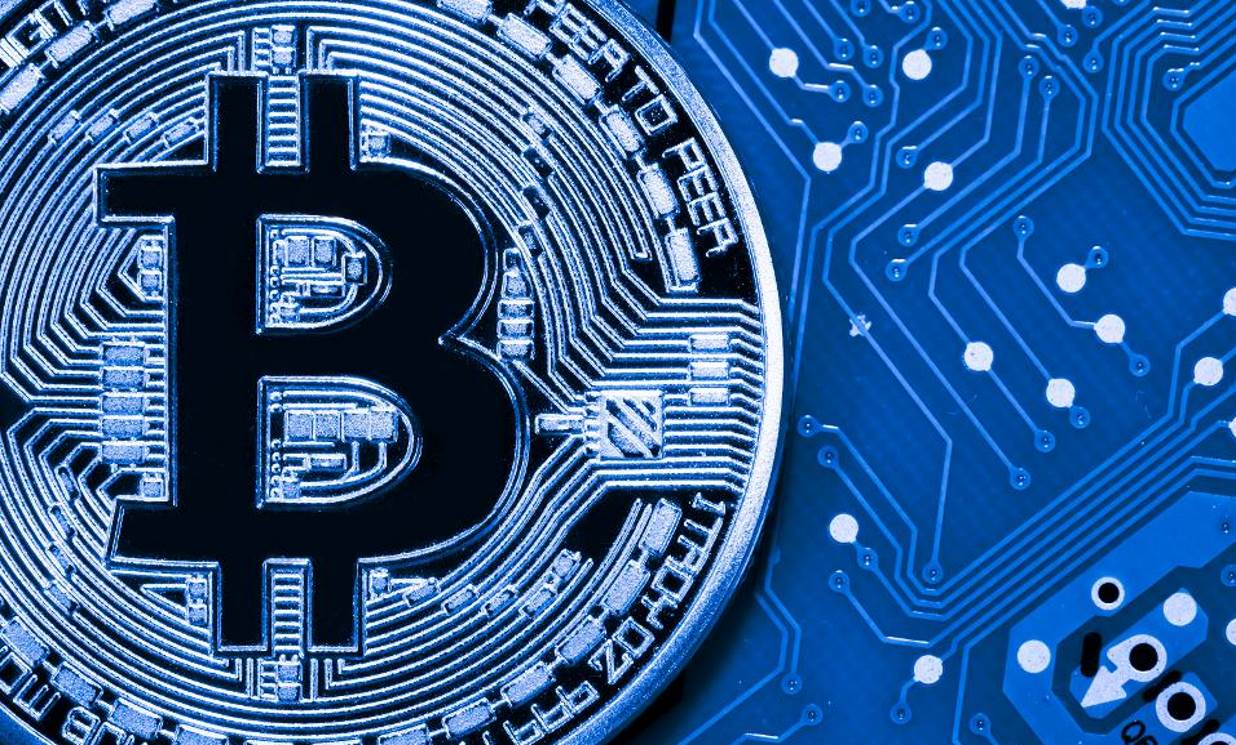 With worries about a currency war growing and bond yields collapsing, investors have reached for their usual haven of gold. Only this time it has a friend (as my colleague Tim Culpan wrote this week): Bitcoin.

Gold’s dollar price has risen 7% this month, Bitcoin’s by 18%. This apparent use of the two commodities as companion ports in a storm will be music to the ears of cryptocurrency boosters like Mike Novogratz, who has argued that “Bitcoin will be digital gold.” The self-justification of gold bugs and crypto fanboys are indeed starting to sound remarkably similar: That they both offer the prospect of sound and stable repositories of your cash at a time when central bankers are printing money like it’s going out of fashion.

With Bitcoin, of course, it’s easy to laugh off any claims to stability given its wild west status and mad gyrations in value over the past few years. But gold, the “barbarous relic,” is hardly a guarantee of boring reliability.

The creed of “sound money” as a safe haven paints commodities that have a fixed supply as good, and sovereign currencies with a potentially unlimited supply as bad. The past decade’s experiments in quantitative easing and negative interest rates have energized its inflation-obsessed disciples.

“Gold is nobody’s liability and it can’t be printed,” Robert Mundell, an influential Columbia University economist said in 2011. Cryptocurrency evangelists sing the same tune. Bitcoin has no central bank, they point out, while its supply is capped by algorithms.

However, the idea that these are stable stores of value doesn’t stand up.

In 2018, Bitcoin lost almost two-thirds of its worth after a 15-fold price jump the year before. There’s no guarantee that the 220% price rise in 2019 won’t unravel. Demand for the digital currency ebbs and flows, largely driven by emotional factors like greed and fear, while its value is purely in the eye of the beholder as it’s still largely unused as a way of exchanging goods.

The concentration of Bitcoin wealth among “whale” investors – about 1,000 addresses control 85% of its supply – means they can greatly influence the price by either taking their stash out of circulation by hoarding it, or by pouring more supply in by trading it.

Gold isn’t much more rational. Adherents believe that its thousands of years of history as a means of exchange show it will always be in demand and retain value. But gold prices too depend on human psychology and herd-like investment behavior.

The yellow metal’s prices hit a record of about $1,900 in 2011 but fell soon after despite market expectations of a longer boom driven by the first waves of monetary easing. They’re still about 20% below that level today. The Bloomberg Barclays Global Treasuries Index, which measures the performance of sovereign bonds, is up about 11% over the same period on a total return basis.

Of course, even irrational markets can be exploited by shrewd investors. Adding gold or – god forbid – Bitcoin may somehow make sense in an investor’s portfolio as a way to add risk or diversification, or to exploit the madness of crowds. But don’t mistake the recent market moves as expressing some kind of proof of the “sound money” status of gold or crypto. This is all backed by faith. Not fact. 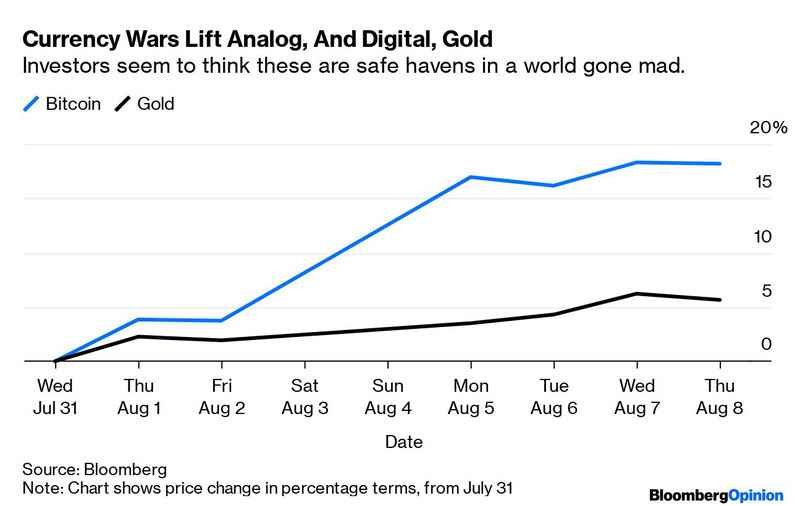 Lionel Laurent is a Bloomberg Opinion columnist covering Brussels. He previously worked at Reuters and Forbes.


©2019 Bloomberg L.P. This article was written by Lionel Laurent from Bloomberg and was legally licensed through the NewsCred publisher network. Please direct all licensing questions to legal@newscred.com.