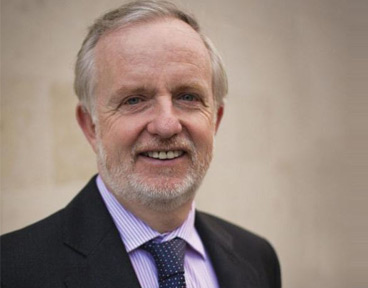 At this time of year the press is full of predictions for the year ahead. If there is a consensus, I would take it with a large pinch of salt. At the start of 2014, commentators were in general positive on the UK stock market, negative on the US, and negative on bonds. All three views were wrong!

Forecasting is fraught with danger. Even if investors get the economics right, the market can move in a very different way from how they expect.

Despite a five-year bull market, investors remain nervous, and bearish stories outnumber the bullish. Although not scientific, I interpret this as a good sign. Euphoria is notable by its absence and share prices don't look particularly expensive.

We have been adamant for more than two years that UK rates wouldn't rise until after the election. At that time our view wasn't shared by many, but it is now. Consensus is now for a rise towards the end of 2015, but I'm beginning to think 2016 is more likely. Our main trading partner, the euro zone, is in deep malaise, UK inflation is low and there is still no wage growth. It is also possible the UK economy will start to slow in 2015.

If the Bank of England was going to 'look through' these factors and raise rates regardless, it arguably would have done so already.

Therefore, in my view, corporate bonds and even gilts might fare better in the coming year than many believe. The bond market has been incorrectly forecast to fall in each of the last three years.

For this reason I think the stock market has the potential to make progress, though volatility is more or less a given in light of the upcoming election.

It is equally difficult to predict when interest rates will rise in the US. Like the UK, growth is healthy, but inflation is absent. In both countries the key question is at what level will rates peak? It is hard to see anything much above 2% and probably not for some time.

The threat to these predictions is if inflation takes off and rates have to rise quickly. This would be negative for both shares and bonds. Another danger might be a loss of faith in central banks, perhaps starting in Japan as investors realise the impossibility of repaying the national debt.

In Japan I expect yet more quantitative easing (QE). To me, the stock market looks relatively good value compared to most, and corporate profits are rising strongly. Europe has yet to succumb to full QE - perhaps we will see it in 2015. Other things being equal, this type of stimulus would be very positive for shares and funds.

Political uncertainty in the UK

May's election adds real uncertainty, and could damage the economy as companies defer investment. At this stage an overall majority looks unlikely, and another coalition is probable (though its composition is highly uncertain).

With Ukip threatening to take seats from both major parties, the SNP expected to capitalise on Labour's diminishing popularity in Scotland, and the Liberal Democrats predicted to suffer heavy losses, three or even four parties could be needed to form a government. Given the instability of such coalitions a further election is a distinct possibility.

This is bound to lead to volatility, although election results don't usually have a lasting effect on stock markets.

The 'new normal' looks very different. A whole raft of homeowners have never experienced an interest rate rise (they last went up in July 2007). Cash deposit rates have more than halved over the last few years. The best instant access rate is only around 1.4% gross; any upwards movement seems unlikely in 2015. Given the outlook for interest rates, I expect high yielding investments will be sought after by those able to accept the risks, because there is little alternative. For this reason I think the stock market has the potential to make progress, though volatility is more or less a given in light of the upcoming election.