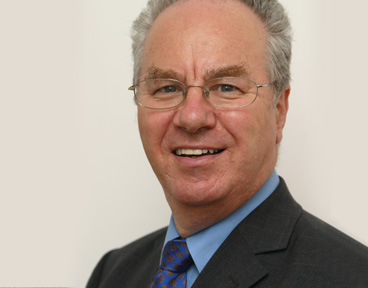 Peter Kellner has been President of YouGov since April 2007, having served as Chairman from 2001 until 2007. Before joining YouGov, Peter acted as a consultant on public opinion research to a number of organisations, including the Bank of England, Corporation of London, Foreign Office, National Westminster Bank and Trades Union Congress.

During the past four decades he has written for a variety of newspapers, including The Times, Sunday Times, Independent, Observer, Evening Standard, New Statesman. He has also been a regular contributor to Newsnight (BBC2), A Week in Politics (Channel Four), Powerhouse (Channel Four), Analysis (Radio Four) and election night results programmes on television and radio. He has written, or contributed to, a variety of books and leaflets about politics, elections and public affairs.

Seldom has the outcome of an impending general election been so uncertain; and the uncertainty may not end on May 8, when the votes have been counted.

Normally, if either Labour or Conservative is clearly ahead at this stage, we can be fairly sure who will win - and also sure that they will have a clear overall majority in the new House of Commons. Our first-past-the-post voting system, with its bias in favour of large parties, has historically made coalitions and minority governments a rarity.

That changed in 2010, when the Tories enjoyed a comfortable seven-point lead over Labour in the popular vote but still fell well short of the 326 seats they needed to win outright. This time there is a real prospect of an even more complex outcome. The overall result will depend on four factors, none of which can be predicted with certainty:

The probable outcome is that neither Labour nor the Conservatives will win outright.

In short, the overall outcome is quite uncertain. However, I think one thing is probable, and two very possible.

The probable outcome is that neither Labour nor the Conservatives will win outright. We are likely to have another hung parliament. Whether we end up with a minority government or another coalition will depend in part on the precise numbers - a few seats either way could make a big difference to the political options.

It is possible that the outcome will be messy. That is, neither Labour nor the Conservatives will be able to reach the 326 winning post by simply doing a deal with the Liberal Democrats. The fortnight after election day could be as dramatic and uncertain as the fortnight leading up to it. We might even end up with the Tories as the largest party, but Ed Miliband becoming Prime Minister, by doing a deal with both the Lib Dems and the SNP.

It is also possible that, if the result is messy, there will be another general election within 18 months. True, we now have a law that ordains fixed-term, five-year parliaments. But it contains two escape clauses. An early election takes place if either a) two-thirds of MPs vote for one, or b) the Government loses a vote of confidence, and no fresh government is endorsed by MPs within 14 days. Don't assume that next May's general election will be the last until 2020.