Investing in global funds has become popular in recent years. Many of them focus on large companies that hog the headlines. There are far more small companies in the world though. Among them you’ll find some of the most exciting growth prospects around. Smaller companies are higher-risk than larger ones, so investors need to be prepared for more volatility.

Alan Rowsell manages the Standard Life Global Smaller Companies fund. He invests more conservatively than many other smaller company managers and avoids businesses that are unproven. He’s supported by a large team of analysts to help him research the thousands of smaller companies across the globe.

We think Rowsell’s a sensible and well-resourced manager. By investing in smaller companies the fund offers something different to many other global funds. Rowsell’s building a good track record but the fund doesn’t feature on the Wealth 50 list of our favourite funds. There are other lower-priced global funds run by managers with longer and stronger track records.

The fund’s normally performed better than the benchmark when markets wobble. When markets are rising rapidly it usually hasn’t quite kept up. That combination’s led to strong long-term returns. The fund’s grown 189.4%* since Rowsell started running it in 2012. The broader global market of smaller companies grew 136.0% over the same period.

Remember past performance isn’t an indication of how the fund will do in the future. Investments can fall and rise in value so you may not get back what you have invested.

How does the manager invest?

Alan Rowsell invests in smaller companies from mainly developed countries such as the US, UK, Japan and Australia, although part of the fund invests in higher-risk emerging markets too. He also invests in a relatively small number of companies, which adds risk.

Alan Rowsell likes financially strong companies he thinks will do well even in tougher economic times. He prefers steadily growing companies to faster growing, potentially riskier ones. He also looks for companies with momentum on their side, both in terms of growing earnings and a rising share price. That gives him confidence things are going well.

Rowsell likes to ‘run his winners’, so he’ll normally stay invested in a company as it grows into a larger one. If a company doesn’t perform as he expects, Rowsell will usually sell it quickly, rather than wait and hope it recovers.

What’s changed in the fund?

The market volatility at the end of 2018 particularly hurt smaller companies. Rowsell used that as an opportunity to add to existing investments he believes have promising futures at a lower share price.

Recent new investments include US online education provider Chegg, Polish supermarket chain Dino Polska and Australian data labelling company Appen. Appen is a market leader in helping other businesses like Google and Facebook improve their artificial intelligence (AI) capabilities. The manager thinks the company's technological advances make it difficult to compete with, and it could benefit as businesses spend more on AI development in future.

The manager recently sold shares in UK veterinary services group CVS, Dutch organic food maker Wessanen and Balchem, which is a US manufacturer of ingredients for health and nutrition products. It had performed well for the fund, but Rowsell thinks its future performance is heavily tied to getting approval for an autism drug. It wasn’t a risk he was willing to take so he took profits and sold the company.

Rowsell doesn’t try to predict the future of the global economy or make investment decisions based on short-term events. He focuses on how well he thinks companies will do in the years ahead. And he’s excited about the future of global smaller companies. 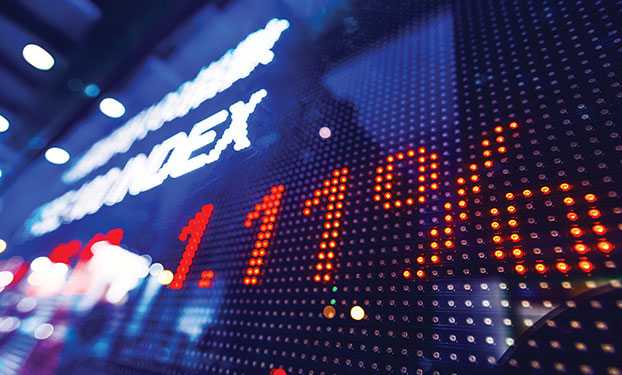