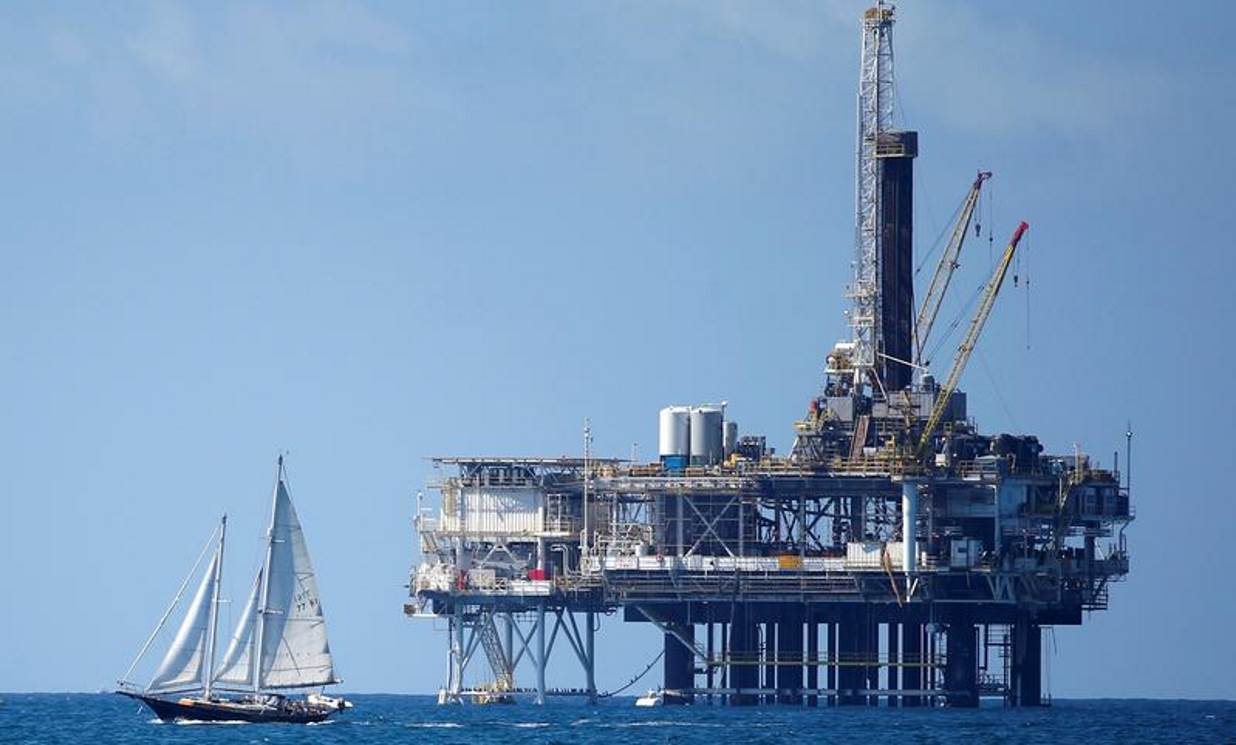 Another week, another uptick in the number of operational U.S. oil rigs and production projections; something that’s become a familiar theme for much of 2017 since the market intervention by OPEC and 11 major non-OPEC producers to take 1.8 barrels per day (bpd) of output off the global supply pool.

The move dragged market sentiment back in favor of oil prices above $55 per barrel for the first quarter of the year. While many in OPEC breathed a sigh of relief, the cartel’s intervention also ensured that US independent upstarts scrambled to hedge at $50 levels, in many cases, improving their crude extraction viability and not just their chances of survival.

That was near instantly visible in the weekly Baker Hughes Rig count, which at first registered week-on-week rises of 4 to 5 rigs, a rate that’s rapidly risen to 7 to 10 rigs. Sensing a palpable, though not entirely unexpected, change in activity levels stateside, Saudi Energy Minister Khalid Al-Falih sought to curb the enthusiasm of U.S. producers by quipping that his country, and OPEC, won’t subsidize marginal producers forever.

“The oil market should not get ahead of itself. Don’t believe in wishful thinking that OPEC would underwrite the investment of others by perennially supporting the market. Saudi Arabia has cut production by more than what we promised [in December 2016], but we will not bear the burden of free riders,” Al-Falih quipped at CERAWeek in Houston on 7 March. 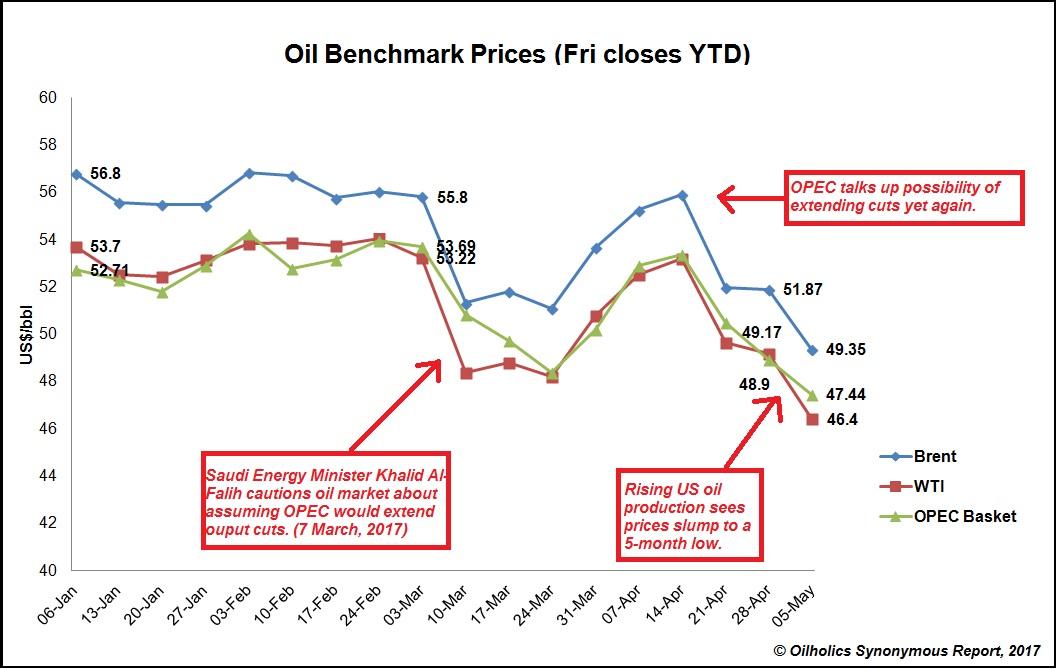 That near instantaneously ended the virtual OPEC put, for by the end of that trading week bearish thoughts had gripped a market running on the assumption that the cartel would roll over its production cuts, in place until June-end, until the end of the year (see graph above).

Sensing damage, several OPEC ministers including those of Kuwait and Qatar scrambled to downplay Saudi comments, and even Al-Falih himself gave ground saying there was room to possibly extend the production cuts beyond June, a position he still maintains.

However, the damage limitation came too late. The price rose a bit in response, but has subsequently declined to the $45-50 range, lurking around five-month lows in the face of uncertain demand growth, especially in China.

Of course Al-Falih’s comments in March might well have provided the pretext for shorting front-month Brent and West Texas Intermediate futures contract, but a drop in prices was all but inevitable and OPEC knows that.

In fact, the International Energy Agency warned about the inevitability of a ‘Second wave’ of U.S. shale-inspired oil glut in a matter of weeks, following the decision by OPEC and major non-OPEC producers to lower production.

The latest rig data makes it glaringly obvious. According to Baker Hughes, for week that ended 5 May, the number of operational US oil and gas rigs stood at 877, up 7 on the week and 462 over the corresponding week in 2016. As if that wasn’t enough, Canadian and International rig counts were up as well.

According the Energy Information Administration, U.S. production is on track for a level of 9.9m bpd, revised up from 9.7m bpd. If reflected in actual data, that would be the highest level of American crude production since 1859 when the first attempt was made to record the country’s energy sector output.

It would also be well above 9.6m bpd recorded at the height of the Texan oil boom in 1970. Given the US oil industry is driven by the spirit of private enterprise, a blanket cut of the sort OPEC has managed at various points in its history is not a possibility.

Furthermore, given that efficiency gains and cost optimization exercises kept US independent upstarts, with viable extraction plays, in the game in 2015-16, expect their never say die attitude and tenacity to come to the fore yet again, supported by recently hedged positions, should oil prices fall further.

Of course, OPEC’s adherence to its own output cuts and a 32.5m bpd ceiling remains impressive. According to data aggregator S&P Global Platts, among the 11 OPEC members that have a quota under the deal, compliance is 117%, based on January through April production averages.

“If Iran is not included, the 10 members of OPEC required to cut production have achieved a collective 105% of their cuts,” Platts adds.

However, if what’s afoot in the US oil industry and OPEC cuts are squared up, it is manifestly apparent that every barrel OPEC and its non-OPEC partners take out of the oil market is being partially, if not wholly supplanted, by an American barrel.

It is hard to see this dynamic altering, especially if OPEC rolls over its production cut on 25 May for another six months. If it doesn’t and reverts back to 2016 production levels and the oil price slides even further, OPEC gets hurt too. Looks like the cartel is between a rock and a hard place until the market re-balances.

This article was written by Gaurav Sharma from Forbes and was legally licensed through the NewsCred publisher network. Please direct all licensing questions to legal@newscred.com.

UK inflation nears 30-year high, but how fast will it fall back?

Bank of England to get more powers over clearing and settlement