Tax, investments and pension rules can change over time so the information below may not be current. This article was correct at the time of publishing, however, it may no longer accurately reflect our views. Please visit our Managers’ blog page for our latest views.

Important information - The information provided about our HL Multi-Manager funds is not personal advice. If you’re not sure whether an investment is right for you, please seek advice. These funds are managed by our sister company Hargreaves Lansdown Fund Managers Ltd and the information provided in this blog represents the views of these fund managers. The value of funds can fall as well as rise, so you could get back less than you invest. Past performance is not a guide to future returns. 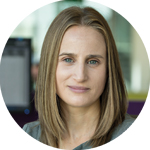 In developing the HL Multi-Manager European Fund, we initially set out to put together a portfolio of managers that we felt would give us the potential to perform well in a variety of stock market conditions. The period since the Fund launched in 2015, which has included Brexit and a global pandemic, has undoubtedly given us that variety.

We want to update you on how the Fund’s performed, what’s gone on in Europe, and any significant changes we have made to the Fund.

Europe is home to some of the world's most well-known and successful companies. Old industrial giants such as Royal Dutch Shell & Volkswagen, as well as luxury brands like Louis Vuitton and Hermes now share the spotlight with much younger businesses. Fortum, the clean energy and sustainable solutions company located in Finland, and Netherlands-based delivery business Just Eat Takeaway are just two examples.

Diversified by language, culture and religion, it’s also politically and economically diverse. Its relatively small landmass, and the existence of a free trade agreement amongst members of the EU & EFTA members, leads to a reasonably free internal market with a mobile workforce.

Many of the continent's businesses make their money from across the globe. This means that despite regional challenges, political or economic, they continue to have the chance to be successful.

Europe's certainly had its fair share of problems in recent years, and the fallout of the UK's exit from the EU is still rumbling on.

However, we think there are plenty of reasons to be positive.

There are many quality fund managers with excellent track records who invest in Europe, which we can choose from for inclusion in the Fund. While most of these managers focus on larger companies, an increasing number are investing in small and medium-sized companies, where growth opportunities are greater, but of course, additional risks occur.

The market has been inherently more stable since the start of the year than during the same period in 2020. As with the Euro 2020 competition that gripped the football loving continent, it has been, however, very much a "game of two halves".

In the first part of the year, there was a rally in value stocks. These are companies in which there’s a belief that they are trading below their true market value. This rally appeared to be triggered by the news of positive Covid-19 vaccine rollouts across the globe and the region.

We have more recently seen strong returns from growth stocks. Growth Stocks are those companies that analysts believe will generate positive cash flows and whose revenues and earnings are expected to grow at a faster rate than their peers. The Fund has significant exposure to this market area, which has benefitted its long-term performance.

The Fund has delivered consistently good outcomes for its investors, producing a total return of 102.0%* since its launch in 2015. We’re pleased with the Fund's performance in both absolute and relative terms since launch. However, past performance is not a guide to future returns.

The period under review saw a reasonable level of activity to reflect two changes that took place with effect from 1st January 2021.

In both cases, we remain happy to maintain exposure but have reduced our holding to take account of new managers’ lower level of experience compared to their predecessors.

We marginally increased our holding in the Jupiter European Smaller Companies fund, reflecting confidence in the manager, a solid start for the fund, and good stock selection. Exposure to Schroder European was also increased as our confidence in the manager grows. The increase was beneficial from a portfolio construction perspective. The fund has more of a balance between growth and value stocks than many of our other holdings and offers differentiated exposure compared to typically more growth-focused funds in the portfolio.

Mindful of the Fund's style – the focus on value or growth exposure, which is biased towards growth we continue to hold exposure to the Legal & General European Index fund. We’ve also increased exposure to the Schroder European fund during the period – both of which provide more balance. However, the portfolio's construction is conviction led with the highest exposure to managers we believe will deliver the highest levels of outperformance through stock selection regardless of their style characteristics.

Overall, as at 31 July 2021, the Fund holds directly, or indirectly, investments in companies from over 20 European countries. Unsurprisingly, given their country’s relative size and wealth, the greatest exposure is to French and German businesses.

What has helped or hurt performance?

Since the start of the year, all our holdings have produced positive returns. Of course, some have done better than others and remember past performance isn’t a guide to the future.

Our mandate with Crux, as well as our two Jupiter holdings, made the smallest contribution to performance.

Stylistically, all three funds should have performed better, but, according to our own internal analysis, poor stock selection reduced returns and the Fund’s relatively high exposure to the Crux mandate led to a more significant impact.

Our own research suggests Jupiter European Smaller Companies underperformed its benchmark at the beginning of the period as the 'vaccine value rally’ continued. However, from March 2021 onwards, it has begun to claw back its relative underperformance as the growth sector regained some of its previous lost ground. The holding was one of the Fund's top performers in 2020, holding up notably well during the down months for the market. Holdings with Barings and Schroders proved the most beneficial to returns. The recent Barings performance is particularly pleasing, as the fund produced relatively lacklustre returns during 2020.

Our investment in the Legal & General European Index Fund also proved advantageous. This fund adds diversification as it offers a greater exposure to the value area of the market than many of our other managers.

The information provided about the HL Multi-Manager funds is not personal advice. If you’re not sure whether an investment is right for you, please seek advice. These funds are managed by our sister company Hargreaves Lansdown Fund Managers Ltd and the information provided in this blog represents the views of these fund managers. The value of funds can fall as well as rise, so you could get back less than you invest. Past performance is not a guide to future returns.

Please read the Key Investor Information Document before you invest.

Important information: Investments can go down in value as well as up, so you might get back less than you invest. If you are unsure of the suitability of any investment for your circumstances please contact us for advice. Once held in a SIPP money is not usually accessible until age 55 (rising to 57 in 2028).

The maximum you can invest into an ISA in this tax year 2022/2023 is £20,000. Tax rules can change and the value of any benefits depends on individual circumstances.

Invest in an ISA

Invest in a SIPP

You can place a deal online now or top up an existing account first, using your debit card.