The specialist sector encompasses funds focused on a wide variety of subsectors, from mining to agriculture to healthcare.

Specialist funds focus on a wide variety of sectors. They help investors access niche areas, although they should usually only account for a small portion of your portfolio.

Specialist funds cover a broad range of themes, including:

The performance of specialist areas of the market tends to come in waves – when a particular area is in favour it normally benefits all funds investing there, but the reverse is true too. This means you should be prepared to take a long-term view and accept the associated volatility.

Our analysis shows it’s difficult for managers investing in a specialist area of the market to perform better than their benchmark through good stock picking – the ability to invest in companies with great growth prospects, no matter what geographical area or sector they’re in.

Specialist fund managers are restricted on where they can invest, but managers that run more diversified funds can choose if and when to increase exposure to a specific area. We think a balanced and broader portfolio of funds is likely to provide enough exposure to areas like oil & gas, healthcare, gold, and agriculture. Managers of more generalist funds can add to or reduce their investments in these areas when they feel it is most appropriate.

We think investors who want to invest in a specialist area should make sure it forms a small portion of a diversified portfolio.

Funds chosen by our analysts for their long-term performance potential.

There’s a wide variety of funds in the specialist sector, so focusing on the performance of the sector as a whole isn’t really relevant. Instead, we’ve highlighted a few areas of interest. Please remember that past performance is not a guide to the future.

Gold has been used as a store of value for thousands of years. And that’s still the case today. When the stock market performs poorly, many investors turn to gold for security. That means the yellow metal’s price usually behaves differently to share prices. Some investors use gold as a way to diversify a portfolio invested for long-term growth and perceive it as a ‘safe haven’ in times of economic distress.

During 2020, investors' concerns over coronavirus and a worsening economic outlook caused the price of gold to spike. The gold price hit record highs in August but began to slowly fall towards the end of 2020 and into 2021 as investors became more optimistic on the global economic outlook.

In March, the price of gold dropped to its lowest level in more than eight months. This was driven by a rally in global stock markets, expectations of continued stimulus from central banks and hopes that successful vaccination programmes in many major countries across the globe would lead to a recovery from the impact of the coronavirus.

There are no guarantees this will continue though and the outlook remains uncertain. If inflation rises more than expected it could boost gold’s appeal, as it is often seen as a hedge against inflation.

Funds in this sector tend to invest in companies with exposure to gold and other precious metals like mining and refinery businesses, rather than buying the precious metals themselves. The performance of these companies partly depends on the value of those metals increasing, but other things, like the success or failure of mining projects, also have an impact. That means their performance can be volatile.

We think some of the most exciting companies on the stock market sit in the technology sector. They’re innovating at unprecedented rates, and they’re not likely to slow down any time soon.

Over the course of 2020, technology companies performed strongly, benefiting from a significant increase in demand for online services, remote working and entertainment. But rising inflation expectations have led to fears of interest rate hikes. This can be harmful for companies expected to grow a lot in the future, like those in the technology sector, as the present value of their future profits are worth less today.

Some investors argue the share prices of some technology businesses have risen too far, too fast – if future earnings growth doesn’t meet investor expectations, their share prices could be vulnerable to a setback. Others suggest higher share prices are justified because, in many cases, these businesses are profitable and generate good levels of cash. We believe a well-diversified portfolio should include exposure to many different sectors, investment styles, countries and asset classes.

As well as the established technology giants, there are plenty of smaller companies trying to turn new technologies into profitable products. If successful, they’re unlikely to experience much initial competition and often enjoy fast growth but they’re higher risk than more established businesses.

The energy sector includes the major oil & gas producers, like BP and Shell, as well as smaller exploration, production and renewable energy companies. The potential of some of these businesses is huge, but so is the risk.

We don’t have to look back far for a reminder of the risks. Earlier in 2020, the oil price faced a double whammy of unforeseen events – Saudi Arabia and Russia failed to reach an agreement about global oil supply, resulting in Saudi Arabia upping production, and the coronavirus pandemic reduced oil demand across the globe. In April 2020, the price of a barrel of Brent Crude Oil fell to $15.98 – its lowest level in two decades.

In December 2020, oil prices climbed back above $50 per barrel for the first time since March that same year and continued to rise into 2021 reaching highs of almost $70 a barrel. The surge in oil prices and expectations for an economic recovery have helped boost the energy sector’s performance.

There are still questions about the future of oil though. The possibility of a long-term slide in oil demand is the main concern – the so called 'peak oil' problem - which some suggest has been accelerated by the virus. If oil demand falls because of the success of renewable alternatives, reserves of deep-sea oil could become too expensive to extract, leaving behind billions of barrels of worthless oil.

The industry hasn’t stood still on the issue though. Many of the major oil & gas companies have upped spending on renewable technologies to help retain their dominant positions.

It goes without saying that an investment in the energy sector should be made with the long term in mind, and form just a small part of a well-diversified portfolio.

Here we provide comments on a selection of funds in the Specialist sector. They're provided for your interest but not a guide to how you should invest. You should only invest if a fund fits your investment goals and attitude to risk. For more information, please refer to the Key Investor Information for the specific fund. If you're unsure if an investment suits your circumstances seek personal advice. Comments are correct as at 31 May 2021.

Remember all investments can fall as well as rise in value so you could get back less than you invest. Past performance is not a guide to the future.

There is a tiered charge to hold funds on the HL platform. It is a maximum of 0.45% a year - view our charges.

This fund mainly invests in gold mining companies from across the globe. It also invests in companies that mine other commodities, such as silver or diamonds.

Evy Hambro's been at the helm of this fund for more than a decade and has more than 25 years of industry experience. He's got the support of an experienced, well-resourced team, which includes co-manager Tom Holl.

Hambro is confident in his long-term outlook for the gold price. He expects rising incomes in emerging markets to fuel demand for gold products, such as jewellery, while the absence of large gold discoveries could constrain supply and lead to a rising gold price.

We think this fund is a reasonable choice for exposure to gold and companies sensitive to the gold price. But its focus on such a specialist area and exposure to smaller companies and emerging markets make it higher risk.

First Sentier Global Listed Infrastructure provides diversified, global exposure to the shares of companies that run or own infrastructure assets, such as toll roads, airports and utility suppliers.

They're positive on the prospects for infrastructure companies. Toll roads, for instance, continue to provide a vital service to many parts of the economy, despite recent traffic reductions due to the coronavirus crisis. Utility companies also have the potential to hold up better than many other businesses, because people need to heat and light their homes regardless of what's going on in the economy.

The fund tends to invest in relatively few companies and has the ability to invest in emerging markets, which increases risk. The fund’s charges are taken from capital, which can boost the yield, but reduce the potential for capital growth.

This fund aims to match the performance of the technology companies in the FTSE World Index. It invests in the shares of around 250 businesses.

This fund is fully replicated, so it invests in every technology company in the FTSE World Index. However, the fund’s top ten holdings make up over half of the portfolio. This means that a rise or fall in the value of an individual company can have a relatively large impact on the overall performance of the fund.

We think it’s a reasonable choice for broad exposure to some of the world’s leading technology businesses. Investors should be aware that the fund's focus on a specific area and investments in emerging market companies adds risk. 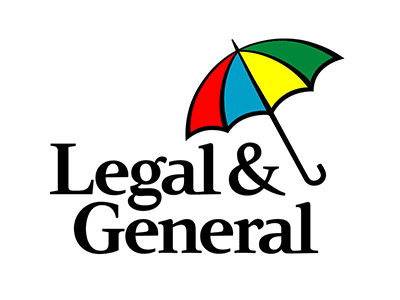 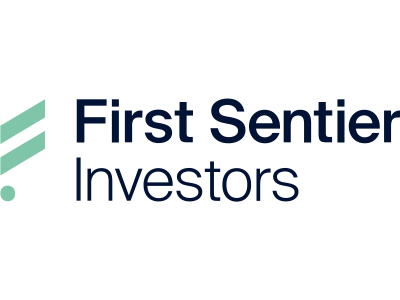 In this update, Investment Analyst Josef Licsauer shares our analysis on the managers, process, culture, cost and performance of the First Sentier Global Listed Infrastructure fund.

The manager thinks there’s strong demand for technological solutions that can help businesses become more productive and efficient. We take a look at how the fund is positioned to benefit from this and how it’s performed.

Peter Meany and Andrew Greenup are experienced global infrastructure investors. In this update, we find out where they're seeing opportunity and share our view on the fund's prospects.