Funds in this sector tend to focus on capital growth and can differ markedly from each other in terms of exposure to sectors, countries or regions.

Funds in the global sector can invest anywhere in the world. But they go about this in different ways. Global funds will vary in how much they can invest in certain types of companies, sectors, countries, or regions. Some focus on developed markets or large multinational corporations, while others invest more in higher-risk emerging markets or smaller companies. Some target companies with higher growth expectations and others search for unloved companies with the potential to recover.

The global sector also gives you access to industries that aren’t as common in the UK, like technology, cars and agriculture.

There’s no richer hunting ground than the whole world.

The UK makes up only a small part of the global stock market, so we think it makes sense to diversify your portfolio by investing in other countries. Different stock markets around the world have different drivers of returns. Some markets may rely on commodity prices, while others are more sensitive to currency fluctuations, or government policies. It’s difficult to know which market will do best from one year to the next.

By investing across lots of countries, you don’t have to guess which market will perform best and it helps spread the risk.

The Wealth 50 contains a selection of global funds we think have the best combination of long-term performance potential and low fund charges. They have different investment styles and areas of focus – each will go in and out of favour, so we think it makes sense to invest in a variety. You can find out more about some of these, and others in the global sector, in the ‘Fund Reviews’ tab.

You could also invest in a ready-made portfolio of funds investing around the world, such as the HL Multi-Manager Special Situations Fund. It benefits from our in-house research and we think the additional costs are justified by the benefits of this approach. This fund has some exposure to higher-risk smaller companies and emerging markets, and is managed by our sister company HL Fund Managers Ltd. Please note the fund currently holds shares in Hargreaves Lansdown PLC.

Overall it’s been a good 12 months* for the global stock markets, although they didn’t get off to the best of starts. The final months of 2018 saw all the major markets fall, with the US and Japan suffering the biggest drops.

The US recovered well though and ended the 12 months as the strongest performer, although it only just squeaked ahead of Europe. Part of the reason for these good performances was the US Federal Reserve cut interest rates and the European Central Bank held them at zero. Lower interest rates have tended to help companies as they can borrow money to grow and invest more cheaply.

The UK was ‘the best of the rest’, and despite remaining largely out of favour with investors, we still think it deserves a place in investors’ portfolios.

Asia Pacific (excluding Japan) and emerging markets, often the most volatile of the major markets, saw the smallest falls at the end of 2018. It goes to show past performance really isn’t a reliable guide to future returns. The two markets performed in lockstep over the past 12 months.

Japan was the worst performing among the major markets. The Japanese yen strengthened against the US dollar, hurting Japanese exports, which are an important part of their economy. Japan still posted decent gains though, and did well to recover from its steep tumbles at the end of last year.

We regularly review all the major investment sectors. Here we provide comments on a selection of funds in the Global sector. They're provided for your interest and not as a guide to how you should invest. If you're unsure if an investment is right for your circumstances please seek personal advice. Comments are correct as of 30 November 2019.

All investments can fall as well as rise in value so you could get back less than you invest. Please note the review period may be over a short time period and past performance is not a guide to future returns.

To view a full list of our favourite funds within the sector, visit the Wealth 50. There’s a tiered charge to hold funds with HL. It’s a maximum of 0.45% p.a. View our charges.

Other funds in this sector

James Thomson invests in companies around the world he thinks have the best long-term growth prospects.

The manager likes to look off the beaten track to find companies he thinks will grow over the long term. He normally finds those among large companies from developed countries, and usually avoids higher-risk emerging markets and smaller companies, although he can invest in them.

Thomson also invests in a lot of companies well-known for their growth prospects. Large US technology firms such as Amazon, Adobe and PayPal currently make up some of the fund’s top 10 investments. US companies in general make up nearly two-thirds of the current portfolio.

The fund’s done better than the broader global stock market recently, and Thomson’s long term track record is also excellent. He’s beaten his benchmark by a fair distance. We think he’s highly skilled at picking companies for their long-term growth potential, though that’s no guarantee of future returns. Past performance is not a guide to the future.

Ben Whitmore and Dermot Murphy look for unloved companies that they think are attractively-priced and will return to favour.

The managers don’t chase companies with high-growth expectations, which they think can often be expensive. They like the unpopular or unfashionable ones whose shares can be bought for less than they think they’re worth. The managers invest in relatively few companies so each can have a big impact on performance, but it increases risk. So does the flexibility for them to invest in smaller companies and emerging markets.

Recent performance has been poor. Investors have favoured companies with high-growth expectations, leaving the managers’ favoured unloved companies behind. Their ‘value’ approach requires patience as it can take time for companies to recover, and the managers won’t get everything right.

The fund is still less than two years old, so we think it’s too early to properly judge performance. Whitmore has lots of experience running other value-focused funds in a similar way though. We think his experience and track record bode well for this global fund over the long-term, although there are no guarantees.

The fund aims to track the FTSE World (excluding UK) index as closely as possible, by using the scale and know-how of Legal & General, one of the largest providers of tracker funds in the UK.

The fund invests in over 2,000 companies across most of the world’s major economies. It doesn’t invest in any UK companies though. The amount invested in each country depends on its share of the global stock market. That’s why over half the fund is invested in the US, followed by Japan and European countries like France and Switzerland. The fund also invests in emerging markets, which adds risk.

It’s done a good job at hugging the index as closely as possible. Part of that is down to keeping its charges low, as charges hold back performance. We think it’s an excellent low-cost option for investing in a very broad range of global companies.

Douglas Brodie thinks the best investment opportunities can be found in smaller companies from developed economies around the world.

The manager doesn’t invest in the usual big-name companies. He invests in lesser-known smaller ones as that’s where he thinks the best growth is. Investing in smaller companies is also higher risk and investors should be prepared for potential volatility. Two-thirds of the companies are US-based, with a fair amount also from the UK and Japan. He also invests a small amount in higher-risk emerging markets.

The fund’s current largest holding is Ocado, the British online supermarket. In the past 12 months it’s grown over 50%, which has helped the fund do slightly better than the benchmark over the year. As ever, past performance isn’t a guide to future performance.

The fund isn’t on the Wealth 50 as Brodie wants to avoid attracting lots of new investment, which he thinks could potentially constrain performance.

Jeremy Podger’s an experienced investor who doesn’t restrict himself to a particular style of investing.

Most of the companies he invests in come from developed countries, the US in particular. He can invest in higher-risk emerging markets though, and can use derivatives to benefit from falling share prices through ‘short’ positions, which if used also adds risk.

Podger’s one of the most experienced fund managers in the global sector, and has a strong long-term track record to boot. He’s not done as well as the broader global stock market recently though. How he’s done in the past isn’t an indication of future returns.

The fund isn’t on the Wealth 50 list as we have higher conviction in other global sector managers.

A relative newcomer to the global sector, Stephen Yiu has so far performed strongly by investing heavily in the US and technology sectors.

The fund was launched just over two years ago by its manager, Stephen Yiu. He invests in a small number of companies that he has utmost conviction in. That gives each one the potential to make a big impact on fund performance, both positively and negatively.

Currently over 70% of the portfolio is invested in the US, with more than 40% in the technology sector, both of which have been tailwinds for the fund. Around 14% is also held as cash, as Yiu hasn’t been able to find as many attractively priced companies as he would have liked.

Yiu avoids many sectors he thinks are either at risk of disruption, or where he thinks his team lack an edge, meaning he’s only left with a shortlist of around 100 companies to invest in. So far though his stock picking has been strong, and the fund’s performed well. That’s no guarantee of future returns. We think it’s too early to properly judge his skills as a fund manager.

Please note: Blue Whale Capital is majority-owned by Peter Hargreaves, who is co-founder and significant shareholder, but no longer an employee, of Hargreaves Lansdown. 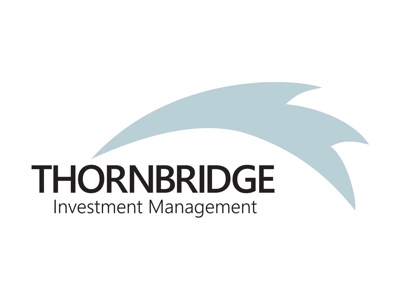 Sean Peche has taken over the MI Thornbridge Global Opportunities Fund, after Anthony Eaton stepped down as manager in September 2019.

Ben Whitmore and Dermot Murphy have had a tough year so far. Find out why they’re sticking to their way of investing in the face of adversity. 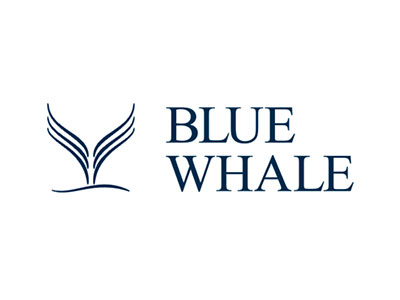 Stephen Yiu launched the fund two years ago aiming to make a big splash in the global sector. Find out how he invests and how he’s done so far. 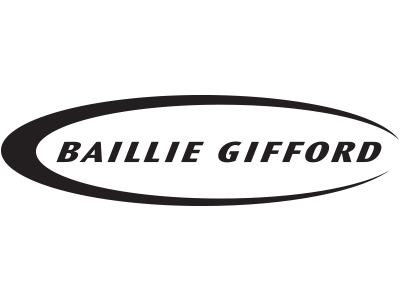 Douglas Brodie’s an adventurous investor and has a different method for finding small companies to other managers.

Jupiter Global Managed - off to a good start

The fund’s new manager has been at the helm for around a year now. Find out what changes he’s made and what impact it’s had on the fund’s performance.