Debenhams: what went wrong and what can investors learn?

What lessons can we learn from Debenhams' plight?

Debenhams shares have been removed from the London Stock Exchange. While the stores continues to trade, anyone left holding the shares is staring down the barrel of a 100% loss.

But what went wrong? And what can we learn?

It’s usually best to start at the start. But for Debenhams that’d mean going all the way back to 1778. So let’s cut the first 225 years and begin in 2003 – the year Debenhams was bought by a collection of private equity groups.

After three years of private ownership Debenhams was relisted on the LSE in 2006. The deal looked a remarkable success. The private backers had made three times their money after a transformation that saw market share, profits and cash flows all rise.

However, all wasn’t quite as it seemed. Many of the improvements were driven by cutting costs and flogging off stores in ‘sale and leaseback’ deals that saw the group enter into long leases on stores it had previously owned. There’s also the fact the deal was largely funded by debt. With an extra £1.1bn lumped onto the balance sheet, leverage increased drastically.

A stretched balance sheet and increased lease commitments meant the financial crash was a particularly difficult time for the group. And the scars of those years never fully healed. An inflexible store estate and significant fixed obligations to landlords would be a defining feature of Debenhams for the next decade.

However, it wouldn’t be fair to lay the blame for Debenhams’ demise solely at the feet of management from the private days.

Times have been incredibly tough for many retailers in recent years. Of the FTSE 350’s 15 general retailers, 12 have lost investors money in the last two years, with several forced into administration in the last year. There are numerous reasons for the problems.

Brexit has been one. Companies have bemoaned the uncertainty, with many saying it has contributed to a tightening of the purse strings. There’s also the fact the vote to leave triggered a drop in the pound, increasing the cost of stock bought from overseas.

However, perhaps the most damaging changes have been the rise of online competitors like ASOS and Amazon and a trend for customers to spend their hard-earned cash on experiences instead of physical items. These factors have also made it particularly challenging for department stores. House of Fraser was hauled aboard a Sports Direct lifeboat, and even the mighty John Lewis saw profits tumble 99% last year.

But even in this tough climate, some retailers are thriving. That raises questions about Debenhams’ strategy.

To a degree, the group was hamstrung by those long leases. In December, Debenhams’ average unexpired lease had around 18 years to run. That compares very unfavourably to rival Next, which operates on a much more nimble structure with an average of 6 years per lease.

Still, we can’t help but question its use of cash in recent years. For example, depreciation and amortisation routinely outstripped capital expenditure. That can be a sign a company is under-investing, and many Debenhams stores have been in dire need of a facelift for some time.

It’d be easy to assume the group didn’t have the cash to fund the required spending. True, the group is struggling to find two pennies to rub together now, that’s not always been the case. Debenhams paid out over £200m in dividends in the last five years, which is over twice the capex shortfall vs depreciation and amortisation.

We also think management could have done more to shift the tag of serial discounter. Whenever Debenhams was struggling to shift stock, it tended to get the blue cross sale stickers out. That’s fine for clearing stock once or twice a year, but after a while customers start thinking ‘why would I buy this at full price? It’ll be on sale in a few weeks…’

So what lessons are there?

Debenhams’ problems were no secret. The company was among the most shorted on the market, and had released a string of profit warnings before confirming the problems could see the equity lose all its value.

With that in mind, perhaps the best lesson investors can learn is to avoid trying to catch a falling knife. Debenhams once commanded a market value of well over £1bn, with its shares trading for £2 each. But that in our view doesn’t make them cheap at 2p when the situation had changed so dramatically.

A great question to ask yourself when evaluating a potential investment is ‘how sure am I that this company will be making more money in 5-10 years?’ We think, in Debenhams’ case, it’s been some time since the answer was emphatically positive, but we don’t know what the future holds. 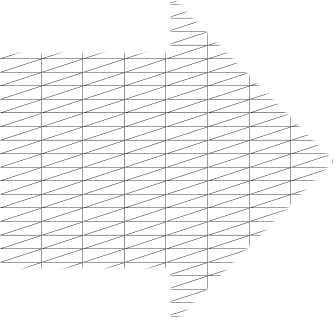 Improve the way you pick shares

Find out more about picking shares, how to avoid common pitfalls and take control of your investments with our free guide.

Coronavirus – counting the cost to the UK economy

Pints and profits? How brewers have fared in lockdown

The race for a vaccine – what it means for investors

Coronavirus – counting the cost to the UK economy

Investment Analyst Joseph Hill looks at the cost of the coronavirus on the government’s finances and their options for balancing the books in the years ahead.

Pints and profits? How brewers have fared in lockdown

Continuing our life-after-lockdown series, Equity analyst Sophie Lund-Yates looks at how the pandemic has impacted the makers of our favourite alcoholic drinks.

What to expect from a selection of FTSE 100, FTSE 250 and selected overseas shares reporting next week.

Value investing has a long history of outperforming the wider stock market, but a decade of poor performance has investors asking questions.